As I write the title I am a little shock to see I am writing '13/14', where does time go?! I still think back to the seasons of 00/01/02 as being yesteryear but it really isn't anymore. Anyway, enough inane tittle and on to the most important topic of the season: who will win the Premier League?

The summer seems to have been a manager's summer, and unusually each team has a new boss going into the new season. This creates something of a problem for bettors as it means we are entering something of an unknown. That being said however, I do think that a more than necessary emphasis has been placed upon the three incoming managers and it is going to be more down to the players on this occasion. Of course there is also the added difficulty of the season beginning before the transfer window slams shut and there are still some big names to decide on their futures. Regardless, here is what I think at this moment in time:

Manchester City have gone about their summer dealings uncharacteristically quietly and sensibly. It appears to be a Pellegrini-effect as he has chosen to keep below radar in his first months in charge. Problem characters such as Tevez and Balotelli have been discarded and the squad has silently and carefully rebuilt following their disappointment last season. This does not mean they haven't spent a great deal of money however - adding the likes of Navas, Negredo, Fernandinho and others for hefty fees. I imagine it will be a completely different looking City and one which operates a lot more functionally and organised. Last season they had the best defence in the league and barring the injury to Nastasic there is no reason they cannot continue that into this year. Odds on City to record the most clean sheets are not amazingly appealing at evens with Paddypower, but possibly worth a consideration when you look at the frailties in United and Chelsea's defences. The focus over the summer has been bolstering the attack and in Alvaro Negredo they have a proven goalscorer. Whether he will start ahead of Aguero often enough is difficult to call, but 28/1 with Sportingbet for Negredo to be top scorer is certainly tempting, especially considering he bagged 31 in 42 last year with Sevilla. Going into the opening match City are favourites for the title at 3.2 on Betfair, and overall that looks like a sensible price-up. They have the experience of winning a title in recent years and will be a lot more disciplined and focused this season.

The Special One is back at Chelsea and is making a particular noise with the Wayne Rooney saga. It strikes me that Chelsea have been very clever in their dealings with Rooney and have royally stitched United up. Undoubtedly Mourinho wants the player and if he gets him it will be an almighty blow to both Moyes and United, and Chelsea's title hopes would likely increase somewhat, but even if he does not succeed Rooney has created a situation where the United fans are now against him and he is 'stuck' in a team he does not want to play in. The irony of it all that he asked for greater players to be signed at the club, only to fall behind Van Persie in the pecking order and get the hump. Moving on from Rooney however, as we cannot really factor in things we do not know the outcome of yet, and Chelsea appear to be slightly overpriced in my view due to the Mourinho effect. They have signed decent players in Schurrle and Van Ginkel, and will certainly benefit from the return of Lukaku, but apart from that they appear to have a similar squad to last year but with some of the spine of the team a year older. They finished 14 points off United last season and that number probably would have been larger had United not had the title done weeks before the end (therefore playing with less interest vs Chelsea at Old Trafford in the 0-1 defeat), leading me to believe there is not a great deal of value in their odds of 3.35 at the moment. Of slightly more interest is the 24/1 available on Lukaku to be top scorer with various bookies, along with Mata to record top assists at 11/1 with Boylesports. 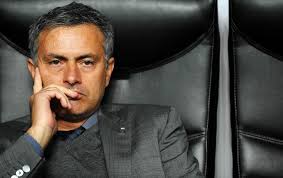 Manchester United are certainly an enigma this season following the retirement of their leader over the last double decade and more. They trounced the league last year but it will certainly not be quite so easy this year, and they begin the season perhaps somewhat unfairly as third favourites at 3.9. They have the same team as last year, with the possible exception of Rooney if he does leave the club, but presumably the assumption is that the lack of imported talent has meant that the other two have caught up somewhat and even overtaken the champions. While I agree that United should have already strengthened their squad as there are particular obvious areas of weakness, I cannot see that Chelsea have made enough of a step up to overtake United as second favourites. Should Rooney leave for Chelsea however, then that would change matters completely, and perhaps the market is as it is because it has already anticipated this move. I think it is unlikely Moyes will end the transfer season without adding a name to his squad, though it might not be the big-name player he so craves, meaning the purchase is likely to be Everton-sourced. The lack of a new playmaker and the possible departure of Rooney could mean an increased role for the talented Kagawa, who showed great promise last season despite spending most of his time on the bench. As an outside shot, he can be got at 21/1 to record the most assists this season with Paddypower. I think United are going to be very prone to market over-reactions this year given the departure of Ferguson and the unknown which surrounds Moyes. A bad run could see them drift out massively so I would advise waiting to see how they get on before backing them, therefore possibly grabbing much longer odds. The 'top 3' market should also be closely observed as United are already at 1.47 and could push out even further making for a tasty trade. It is unlikely that an unchanged Arsenal side (currently 4th favs for top 3) is going to outperform an unchanged United team in my opinion, but who knows.

One thing I am sure of; regardless of where Luis Suarez or Gareth Bale ends up these three teams will be the only ones seriously challenging for the Premier League title. Spurs and Arsenal have good squads but miles away from the title winning squads they need. As for which of the three will take the title, I do not know! Last season I made the mistake of laying United when they were out in front and I took one of my biggest losses of the season on them when they triumphed with ease. In truth, I hated laying United as a United fan, as I found myself caught in two minds and wasn't able to just bask in the glory I should have been enjoying, so maybe this year I will consider if it is really worth it.

Over the last two seasons a successful market has been the straight forecast, although this year the odds are a lot more appealing, though of course a lot more difficult to predict! For the best value I would currently look to Man City 1st/ United 2nd at 8.4 as it will probably trade lower throughout the season, especially if United beat Chelsea early on at Old Trafford.

This season will chop and change, there will be plenty of trading opportunities in this market, it will just be all about picking the right moments. I can't wait.